China Is Just Like A Teenage Boy
Shaun Rein, 01.19.10, 5:20 PM ET
China has its share of shortcomings. Far too many families live hundreds of miles apart and are struggling to make ends meet. Soaring medical and housing costs prevent too many from getting adequate medical care. Too many live in cramped, intolerable conditions.
But life is getting better for the average Chinese. Much better. Real poverty is pretty much gone. China has emerged as a net donor to places like Africa, rather than a recipient of aid. Nearly 90% of the people recently interviewed by my firm, the China Market Research Group, said they approved or strongly approved of the government’s handling of the financial crisis. The nation buzzes with optimism and can-do attitude, especially among the young, the way America did in the 1950s and 1960s. Despite the furor over censorship Google has unleashed, even the Internet is far freer than ever before.
Seven years ago Chinese citizens couldn’t access The New York Times. A year ago Wikipedia, the Huffington Post and WordPress were all blocked. All are accessible now. China’s government fears content less than it used to. It fears technology, like Twitter or Facebook, that it believes dangerous elements can use to band together for protests like those that have occurred in Iran. It fears pornography as a polluter of morals. Such fears are undeniably disproportionate to actual risk, but no official wants to get the blame for having let something bad happen under his watch. For them, it is better to overreact than to appear lax at the controls. (See my article "In China, Reputation Rules" for more on this.)
The Chinese people are undoubtedly better off with Google in China than out, as I wrote in "Google’s Act of War Against China." Active engagement and promotion of change from within a system always works better than outright isolationism. I fear Google’s move will feed China’s distrust of foreign Internet companies and make life harder for those that still operate there. And I don’t want the Chinese search company Baidu to monopolize the market, since some of its business practices have been found wanting. The result would be bad for the Chinese people. My personal plea to Google: If you really want to improve the quality of life for Chinese, and you’re not just looking for an excuse to mask terrible business performance, please follow Chinese law and stay in China.
Despite having a wonderful 5,000-year history, China is in many ways like a teenage boy. It has just gotten its seat at the adults’ table and is trying to learn how to deal with other nations as not just a fellow G20 member but as a superpower. (See my article "Yes, China Has Fully Arrived As A Superpower.") Nations and businesses all need to rethink the ways they deal with China. Similarly, China needs to rethink how it deals with the world.
Like a teenage boy, China doesn’t always know how to handle its new responsibilities and status. It sometimes lashes out when it doesn’t get its way, as happened at the climate summit in Copenhagen. It still sometimes presents itself awkwardly. When addressing Tibet and other politically sensitive topics, it uses outdated Cultural Revolution terminology about cliques, and that language provokes fear, anger and confusion in the rest of the world.
But it is growing up. The way it responded to Google showed a newfound maturity. Rather than act impetuously and shut down Google–or even just threaten to do so–the government issued its first official reaction from the Ministry of Commerce, not the Ministry of Foreign Affairs. It tried to calm the situation by insisting foreign Internet firms were welcome in China but simply had to follow the rules of the country.
Conversely, many in the world still look at China as a youngster playing with toy soldiers and cartoon characters. They don’t understand how it has grown, and they’re unsure how to deal with it. They blame it for things that happened decades ago, which is like yelling at an 18-year-old for having spilled milk when he was 4. So they treat it pedantically and get pushback. Yet they criticize it for not stepping up enough in multilateral situations.
Like many teenage boys, China still has a few pimples. It needs a few more years in college to fully emerge as an adult. It has new muscles, but it also has much to learn from the U.S. and the rest of the world. It needs to vastly improve an outdated education system that doesn’t properly train its best and brightest for a globalized world. It needs a system more like the American liberal arts one, which focuses on analysis rather than rote memory and test-taking. It needs to learn to be less fearful. After all, its citizens are happy and support it.
The U.S. and its businesses need to remain actively engaged with China. That will help it mature into the responsible, adult superpower the world needs it to become. The world cannot afford to disenfranchise and push away a nation that is like a powerful teenage boy looking for his place among the grown-ups.
Shaun Rein is the founder and managing director of the China Market Research Group, a strategic market intelligence firm. He writes for Forbes on leadership, marketing and China. 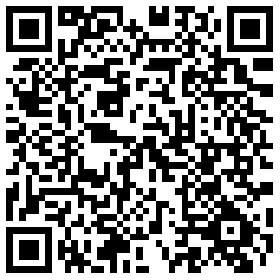 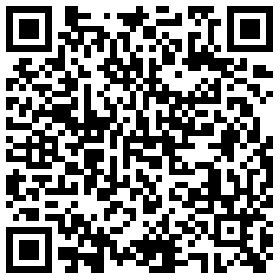